Understanding cell communication believed to be the key to developing new and improved medications for a wide range of health conditions. 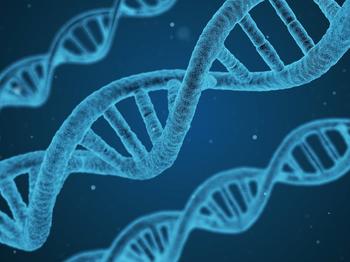 Researchers from Boston University School of Medicine (BUSM) have developed and implemented a new way to better understand how human cells communicate with each other, how this communication is disrupted in human diseases and how this can be corrected pharmacologically.

Their method consists of a suite of “biosensors”, which are artificial genes that can be introduced in cells to report in real time when an important group of signaling molecules is turned on. These signaling molecules, “G-proteins,” are molecular on/off switches inside cells. They are turned on by a large family of receptor proteins that sense a very wide range of stimuli, including light, odors, neurotransmitters and hormones.

This signaling mechanism has been studied over the course of several decades. However, what is new about these “biosensors” is that they were developed to study G-proteins with an accuracy that was not possible before. “These biosensors are good ‘spies’ in the sense that they can tell us what G-proteins are doing in real time with a resolution of tens of milliseconds, but without interfering with the signaling process that is being observed,” explained corresponding author Mikel Garcia-Marcos, PhD, associate professor of biochemistry at BUSM. “Moreover, our biosensors have the advantage of easy implementation, which allows us to study G-proteins directly in experimental systems that were previously unavailable.”

The researchers used molecular engineering to create their biosensors by borrowing parts from existing genes, including genes that encode fluorescent proteins from jellyfish, shape-changing proteins that make muscles contract, light-emitting proteins from deep sea shrimp and proteins known to specifically recognize active G-proteins. They then introduced the engineered genes that make the biosensors into several different types of cells and studied how they responded to stimulation by natural stimuli, like neurotransmitters or clinically used drugs.

According to the researchers, more than one-third of FDA-approved drugs work by activating or inhibiting signaling by G-proteins including common allergy medications, nasal decongestants, highly prescribed drugs for blood pressure, first-line treatment for Parkinson’s, analgesics, anti-psychotics as well as cannabis and opioids.

Lead author Marcin Maziarz, PhD, post-doc in the Garcia-Marcos’ laboratory, believes these biosensors can be instrumental in drug discovery and drug development and in characterizing the mode of action of many existing medications. “What we’re doing today is important because it will allow researchers to more easily and accurately identify drugs more likely to be successful in clinical trials since many drugs that initially show promise in experimental systems eventually fail to deliver clinical results,” he said

Pharmacists at the frontline beating the COVID-19 pandemic!

The Key Skills Needed to be a Pharmacist!